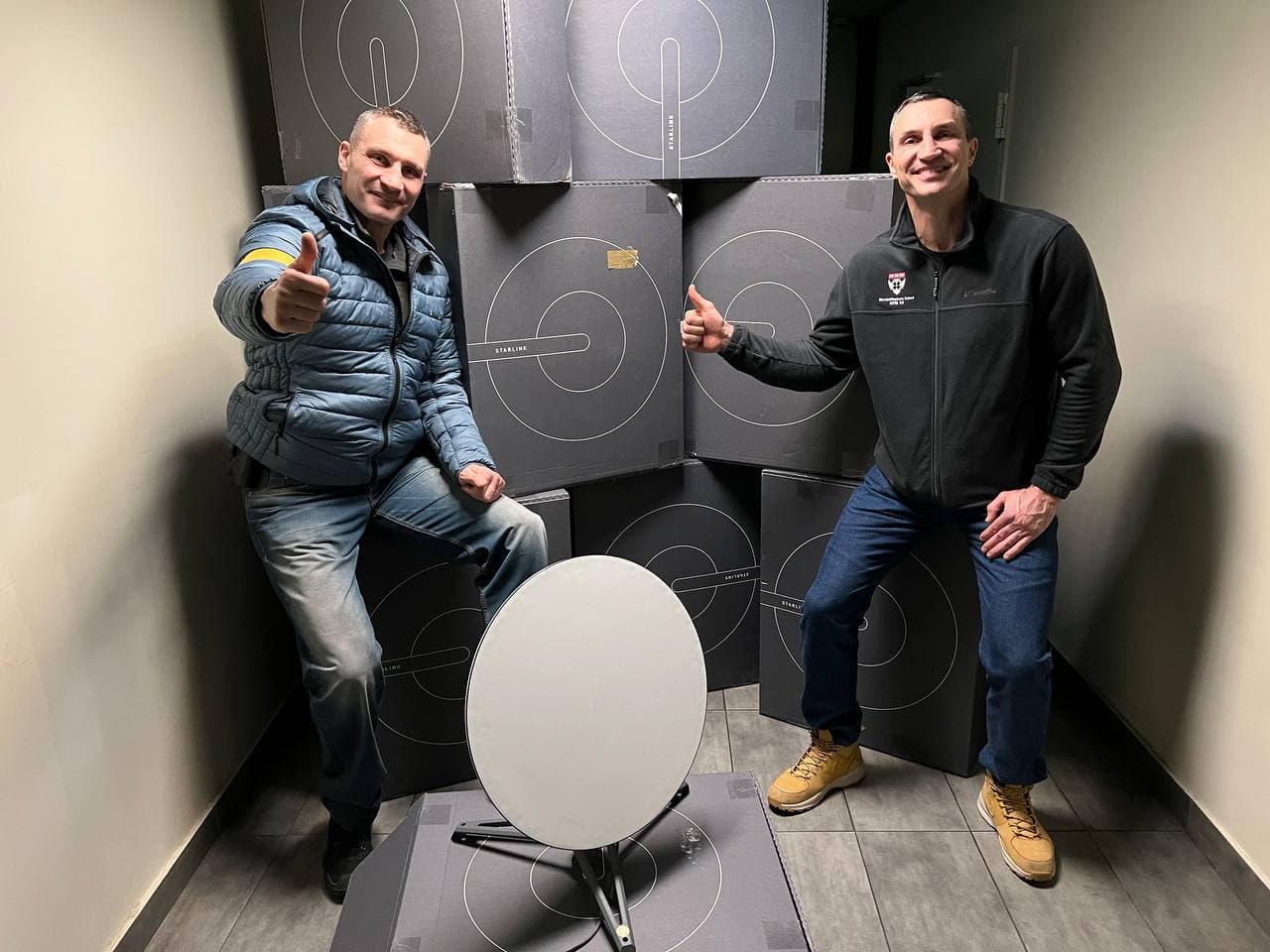 By Ryan Daws | 30th November 2022 | TechForge Media
Categories: Networks, Operators, Satellites, Telecoms,
Ryan is a senior editor at TechForge Media with over a decade of experience covering the latest technology and interviewing leading industry figures. He can often be sighted at tech conferences with a strong coffee in one hand and a laptop in the other. If it's geeky, he’s probably into it. Find him on Twitter (@Gadget_Ry) or Mastodon (@gadgetry@techhub.social)

The cost of buying Starlink terminals in Ukraine has doubled amid increasing demand as Russia continues its invasion of the country.

Ukrainian forces have liberated key territories such as Kherson from Russian troops. In response, Russia has increased its shelling of civilian areas and the critical infrastructure they depend on.

Russian missiles have targeted Ukraine’s grid, resulting in power outages for as much as half of the country. Last month, Russia’s defence ministry gleefully said in a daily briefing that its “armed forces have inflicted a massive strike with high-precision long-range weapons against Ukrainian military, communications, and energy targets.”

Amid setbacks on the battlefield, Russia is betting on making this winter as miserable as possible for Ukrainians by cutting off their power, heating, and communications. Some analysts believe Russia is hoping it will create pressure on Ukraine’s leadership to make concessions in negotiations but, so far, it only seems to be increasing the resolve of Ukrainians.

Today, NATO Secretary General Jens Stoltenberg accused Moscow of “trying to use winter as a weapon of war”. NATO allies have pledged to help Ukraine fix the critical infrastructure damaged by Russian strikes.

Amid the instability, Starlink terminals have proved invaluable to Ukrainians looking to retain connectivity as they can be powered by sources like car batteries. Last month, Ukraine said that it would deploy Starlink-based hotspots using Tesla Powerwall during outages.

Starlink terminals previously cost around $385, but will now cost $700 for new Ukrainian customers. Some of the price increase could be due to risk, with Russia previously targeting commercial satellites with malware during the war and claiming their use “constitutes indirect participation” that “may become a legitimate target for retaliation.”

The monthly subscription cost of Starlink in Ukraine has fluctuated considerably. At one point, it was $100/month but dropped to $60 on Ukraine’s independence day on 24 August. The cost is now set to rise up to $75/month.

SpaceX gifted many Starlink terminals to the Ukrainian government near the start of Russia’s invasion. Since then, other governments and crowdsourcing have led to further shipments. It’s unclear whether SpaceX has increased the cost of the terminals being supplied for official purposes.

Elon Musk previously complained that the cost of SpaceX providing Starlink services to Ukraine could reach $100 million by the end of 2022.