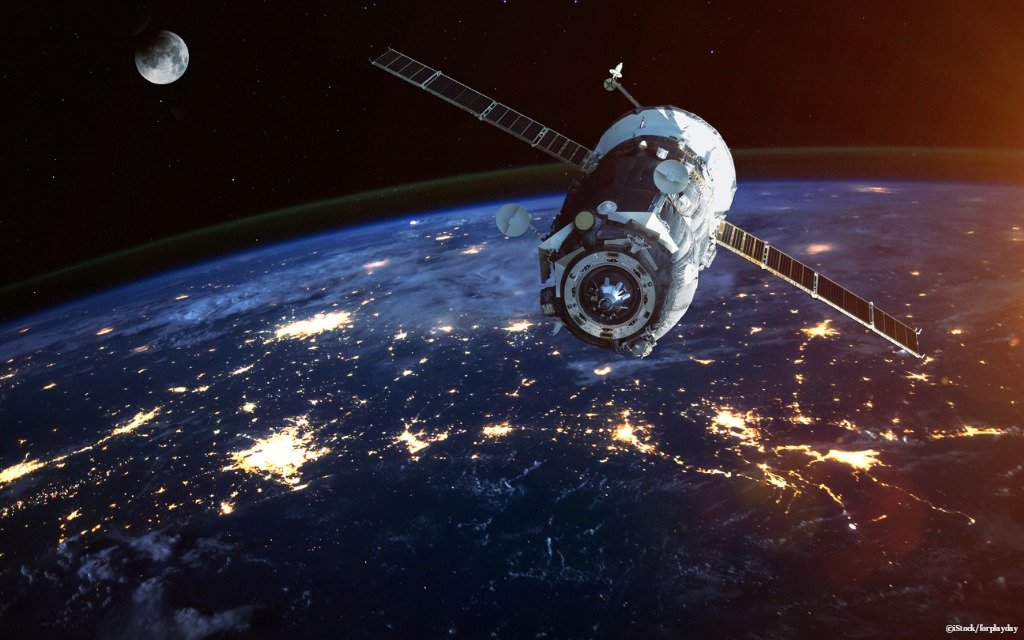 By Duncan MacRae | 11th November 2022 | MarketingTech
Categories: Satellites, Telecoms,
Duncan is an award-winning editor with more than 20 years experience in journalism. Having launched his tech journalism career as editor of Arabian Computer News in Dubai, he has since edited an array of tech and digital marketing publications, including Computer Business Review, TechWeekEurope, Figaro Digital, Digit and Marketing Gazette.

Satellite technologies are already reducing carbon emissions by 1.5 billion tonnes (or 1.5 gigatons) every year, according to independent research report Can Space Help Save The Planet?, commissioned by Inmarsat from leading consultants at Globant’s Sustainable Business Studio.

This is equivalent to almost four times the entire UK’s annual emissions in 2021 or the lifetime emissions of 50 million cars.

Demonstrating the possibilities of space technologies in the race to Net Zero, the report focuses on three industry sectors: 1) transport and logistics, 2) agriculture, forestry and other land use and 3) energy systems. Together these account for approximately 60% of global emissions.

This is equivalent to one-sixth of the total carbon emissions currently estimated as necessary to keep the global temperatures rise below 1.5c by 2030 – or one-third of that necessary to keep temperature rises below 2c – underlining the positive impact space technologies could have on the largest single challenge facing the world.

Based on the research, the Globant calculations suggest that the world is currently missing out on up to 4 billion tonnes of potential and immediate CO2 reductions by not taking advantage of the decarbonising abilities of satellite technologies. These technologies enable fuel consumption savings and improved routing in transport, reduced energy use and optimisation in energy and even fire prevention in forestry, among many others.

Rajeev Suri, Inmarsat CEO, said: “Action to address decarbonisation is a global priority, and space technologies offer a significant source of hope in addressing this challenge. Our report, commissioned from Globant, underlines how space can offer significant carbon emissions savings now and even greater savings in the future – directly contributing to the fight against climate change.

“As world leaders gather shortly for COP27, we offer them the opportunity to look at the role of satellite technologies within their decarbonisation strategies and encourage them to work closely with our industry to gather more effectively the data we need to make an impactful contribution towards de-risking Earth’s temperature rise. At COP27 and beyond, we look forward to working with world and industry leaders to seize this opportunity, and effect real, lasting change for our planet.”

Recent consumer research conducted for Inmarsat as part of its ‘What on Earth is the value of space?’ initiative found that four in 10 people think space can help solve climate change. The findings from the second study in the initiative should be particularly encouraging to this large minority.

That said, satellite technology is by no means the sole solution to climate change. Crucial work on alternative energy sources and new energy storage technologies and other remedies needs to continue at full pace. But the savings available from existing space technologies can make an immediate impact – helping to potentially buy more time for these additional remedies to be developed and rolled out.

Looking ahead, the Globant report also found that 8.8 billion tonnes of carbon emissions – equivalent to almost a quarter (23%) of global emissions in 2021, or the emissions per capita of 1.8 billion people – could be saved if the wealth of nascent space-enabled technologies that are emerging or set to emerge were widely adopted over the coming years. These include:

·         In maritime, autonomous ships could save 400 million tonnes by reducing fuel consumption

·         In energy, AI-driven energy optimisation for energy transition could save 1.3 billion tonnes of CO2

·         In aviation, the European Space Agency’s Iris technology could save 100 million tonnes of carbon if adopted across the aviation industry – with the first aircraft set to fly in early 2023

Martin Umaran, co-founder and chairman for EMEA at Globant, said: “As a digitally native company, we are constantly striving to understand and appreciate the role that disruptive technologies play on paramount topics for the greater good such as sustainability and the race to Net Zero. This is why this joint effort with Inmarsat is both thrilling and impactful for us. At Globant, we are front runners in sustainability powered by tech, and the synergy with satellite communications technology delivers an unprecedented thought leadership decarbonisation piece as a result.”