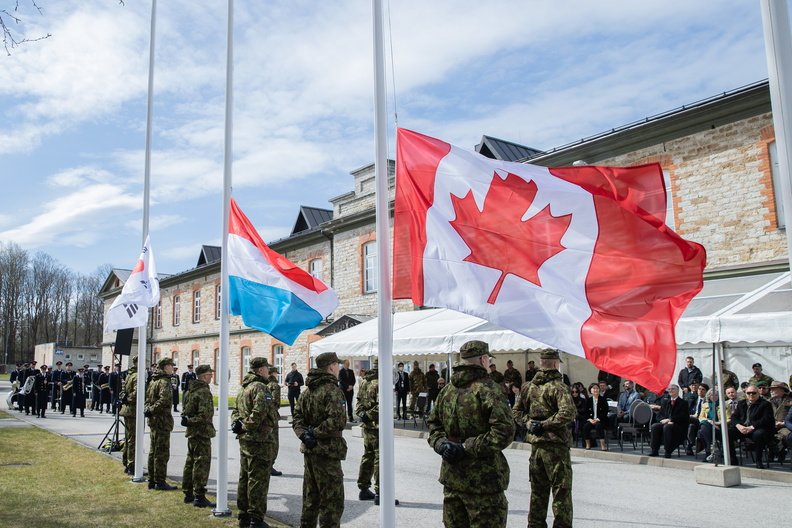 By Ryan Daws | 6th May 2022 | TechForge Media
Categories: Security,
Ryan is a senior editor at TechForge Media with over a decade of experience covering the latest technology and interviewing leading industry figures. He can often be sighted at tech conferences with a strong coffee in one hand and a laptop in the other. If it's geeky, he’s probably into it. Find him on Twitter: @Gadget_Ry

CCDCOE raised the flags of South Korea, Canada, and Luxembourg this week to mark the momentous occasion.

“It is a great honour to have Canada, Republic of Korea and Luxembourg in our growing and diverse family of like-minded nations.

Each member of the CCDCOE plays an important role in building and advancing a strong and efficient unity against cyber threats.

In the long run, the conditions for peace in the cyber realm and a response to the security threats to the modern world cannot be created without united and committed support.”

The addition of South Korea is particularly historic as the centre’s first Asian member.

Sun Hee Kim, Representative of the National Intelligence Service of the Republic of Korea, said the event raises awareness of the need for international partnerships to tackle threats like those in cyberspace.

The threat of cyberattacks has increased since Russia invaded Ukraine. Cyberattacks have been launched from state-sponsored hacking groups in addition to supporters of Putin’s brutal war of aggression against its neighbour.

“Canada’s commitment to NATO is absolute. Our presence in the Baltics is our largest anywhere in the world. We are over 1400 boots-on-the ground in the Baltics anchored in our leadership of NATO’s Enhanced Forward Presence Battle Group in Latvia.

Today, we are pleased to formally join the CCDCOE and contribute to strengthening Allied capacity to respond to evolving threats to our democracies taking place in the cyber realm, including as part of Russia’s unprovoked aggression against Ukraine.”

Last month, Microsoft published a report (PDF) claiming that Russia has launched hundreds of cyberattacks against Ukraine. These attacks have sought to degrade the country’s government and military.

Microsoft says that “more than 40% of the destructive attacks were aimed at organizations in critical infrastructure sectors that could have negative second-order effects on the government, military, economy, and people.”

Earlier in the month, members of the Five Eyes intelligence alliance issued a joint cybersecurity advisory warning of increased attacks on critical infrastructure from Russia. These attacks could target countries that have supported Ukraine, especially those that have lawfully provided conventional weapons to help the country defend itself from an invading force.

“Cooperation, sharing of information, skills, and best practices are essential for tackling the challenges we face in cyberspace,” said a spokesperson for the Embassy of the Grand Duchy of Luxembourg.

“Luxembourg is convinced that the expertise of the CCDCOE will strengthen its cyber defence efforts and we are committed to contributing our own experience.”

CCDCOE now consists of 32 members. 27 are full NATO members while five are contributors that are not currently part of the wider defensive alliance. In March, the CCDCOE voted to accept Ukraine into its fold as a contributor.