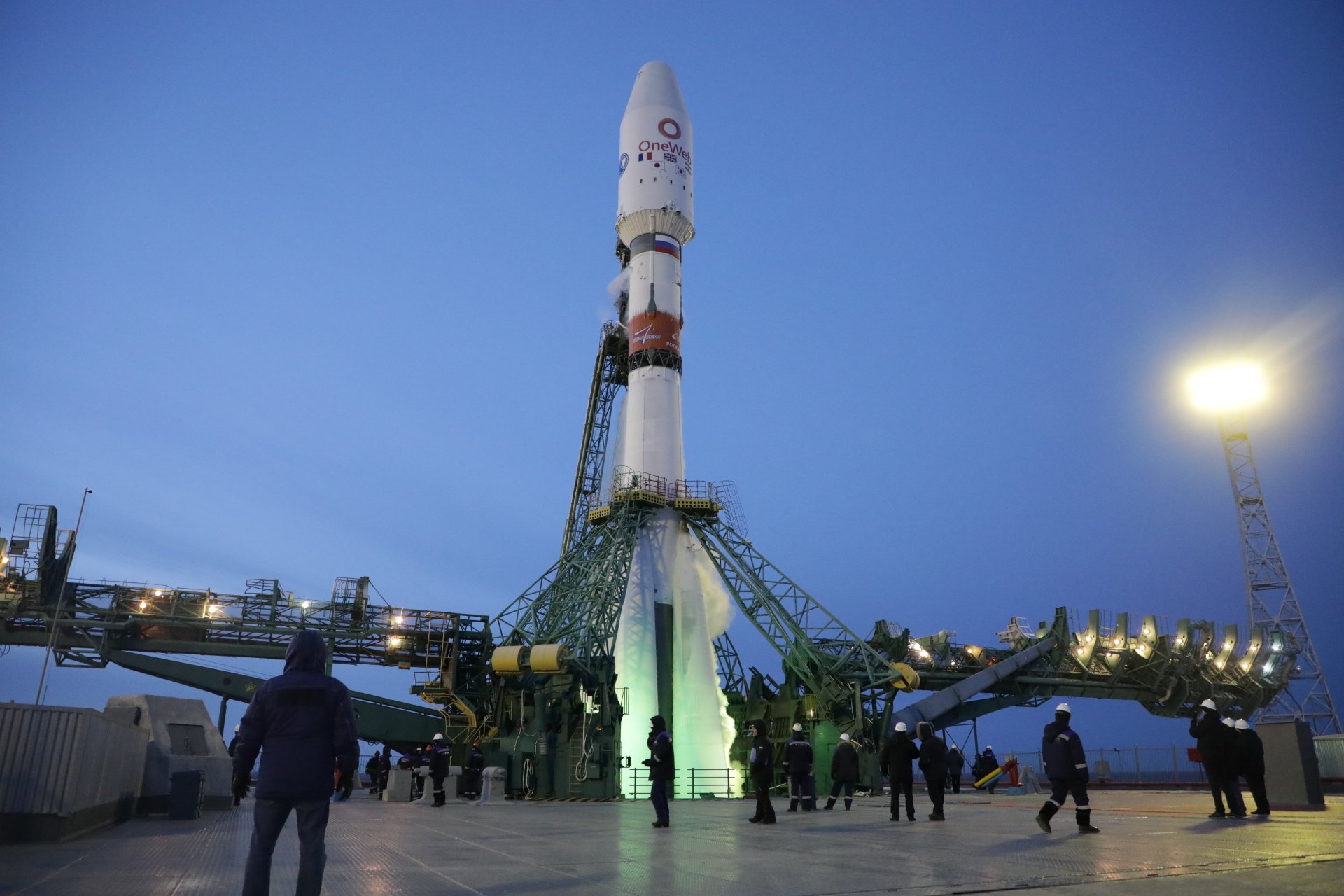 By Ryan Daws | 22nd March 2022 | TechForge Media
Categories: Broadband, Legislation & Government, Networks, Operators, Rural Telecoms, Satellites, Telecoms,
Ryan is a senior editor at TechForge Media with over a decade of experience covering the latest technology and interviewing leading industry figures. He can often be sighted at tech conferences with a strong coffee in one hand and a laptop in the other. If it's geeky, he’s probably into it. Find him on Twitter: @Gadget_Ry

A rocket carrying 36 of OneWeb’s satellites was due to launch from the Baikonur Cosmodrome earlier this month.

In the fallout of Russia’s invasion of Ukraine, Roscosmos refused to launch the satellites unless OneWeb accepted two demands—for the British government to sell its stake in the firm, and to guarantee they will not be used for military purposes.

According to former UK Government advisor Dominic Cummings, a key reason for the UK taking a stake in OneWeb was to maintain connectivity in unstable situations like what’s happening in Ukraine:

Clearly, the demands were unacceptable. The UK Government confirmed it will not sell its stake in OneWeb and the company’s board voted to suspend all launches from Baikonur.

Roscosmos has said that it won’t return any of OneWeb’s investments in the launches that were scheduled prior to Russia’s invasion and the resulting spat.

“We received all the money for it for the manufacture of launch vehicles, upper-stages, and for the necessary launch services,” said Dmitry Rogozin, the head of Roscosmos.

“Due to force majeure circumstances that have arisen as a result of the aggressive policy of the West and the sanctions that are applied against Russia, this money will remain in Russia.”

OneWeb has now announced that it’s entered an agreement with SpaceX – which operates the Starlink satellite broadband service – to resume launches.

“We thank SpaceX for their support, which reflects our shared vision for the boundless potential of space.

With these launch plans in place, we’re on track to finish building out our full fleet of satellites and deliver robust, fast, secure connectivity around the globe.”

The first launch with SpaceX is due to take place this year to build on OneWeb’s constellation that currently stands at 428 satellites—or 66 percent of the planned fleet.