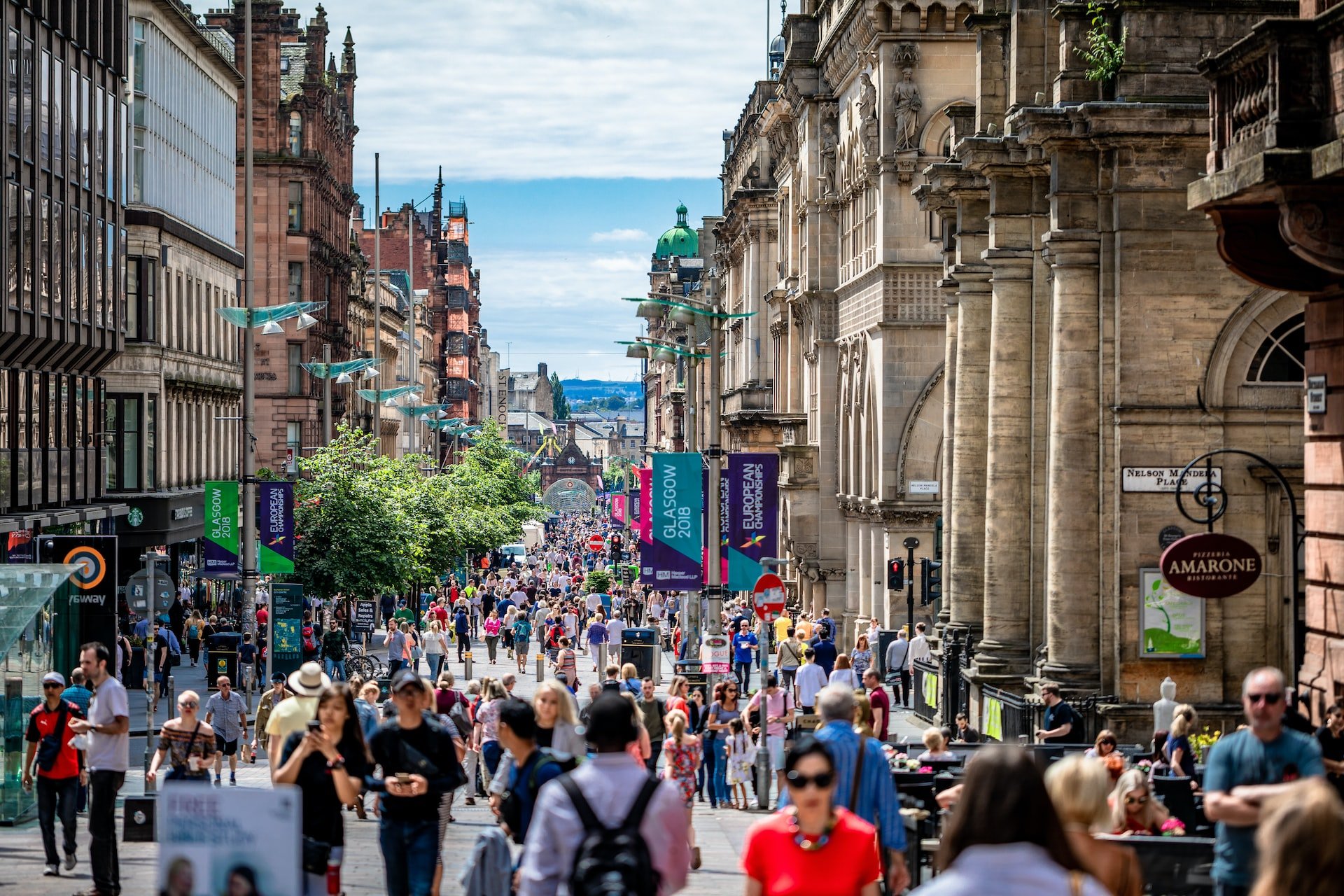 By Duncan MacRae | 7th December 2022 | MarketingTech
Categories: Broadband, Telecoms,
Duncan is an award-winning editor with more than 20 years experience in journalism. Having launched his tech journalism career as editor of Arabian Computer News in Dubai, he has since edited an array of tech and digital marketing publications, including Computer Business Review, TechWeekEurope, Figaro Digital, Digit and Marketing Gazette.

Glasgow is the UK’s most unequal city for broadband connections – with its fastest area 866 times the speed of its slowest, according to analysis of 16,500 consumer speed tests by Uswitch.com, the comparison and switching service.

The highest average download speed measured in Glasgow was 840.4Mbps, logged in the Milton district. Yet just four miles away in the suburb of Bearsden, speeds as low as 0.97Mbps were recorded. This is less than a tenth of the 10Mbps download speed defined as the minimum required for a decent broadband connection as part of the UK Government’s universal service obligation (USO).

Glaswegians relying on the city’s slowest connection would have to wait 11 hours 54 minutes to download a two-hour movie in HD. By contrast, using the city’s quickest connection it would take only 49 seconds.

Nottingham has the next biggest broadband divide, with its top recorded speed 689 times faster than its slowest 1.16Mbps connection. Completing the top five were Cardiff, London and Newcastle. In all these cities apart from Newcastle the areas reporting the slowest speeds had far faster broadband packages available, including full fibre services offering gigabit download rates of over 1,000Mbps.

Edinburgh had the fastest recorded speed of all UK cities with 840.6Mbps, found in the Forth ward in the north. It was followed by Glasgow and Nottingham, which recorded 799.8Mbps in the Top Valley suburb.

Bradford had the smallest range when it came to broadband speeds, with a gap of 129Mbps between its fastest and slowest areas. Portsmouth and Wolverhampton were close behind, while Hull, which has the majority of its broadband supplied by regional provider KCOM, had the highest minimum speed of 14.2Mbps.

The shortest distance between a city’s fastest and slowest areas was in Brighton. Just 1.2 miles separates the address in the Patcham area where the 419.5Mbps top speed was measured, with the bottom speed of 4.4Mbps recorded a short walk away in the Preston Park ward.

Table – So near and yet so far apart: UK’s ten closest broadband divides

The average UK home broadband download speed is currently 59.4Mbps. Yet the broadband gap between UK households — even those in the same neighbourhood — is widening as many customers upgrade to faster services. In Glasgow, more than a third of addresses (37%) in the slowest area did not have access to a superfast package, while the remainder could choose from standard, superfast or ultrafast full fibre deals.

According to Ofcom’s latest figures, 4% of UK households receive an average download speed of under 10Mbps, with the majority using standard copper wire connections. Under the USO they would be able to request an upgrade from their provider.

At the other end of the scale, nearly twice as many broadband customers (7%) now get average ultrafast speeds of over 300 Mbps.

With the growing broadband divide, if you are unhappy with your current speeds and you haven’t upgraded recently, Uswitch recommends seeing what deals are available for your postcode. Superfast fibre broadband is available to more than 95% of the UK, and if you’re on a standard copper wire connection, you’re likely to be able to at least triple your current speed by moving to another deal for around the same price or even cheaper.

Ernest Doku, broadband expert at Uswitch.com, said: “While the average UK broadband speed is increasing year on year, not everyone is benefiting.

“We are seeing a large and growing gap between customers benefiting from ultrafast speeds and those who are getting the bare minimum.

“Legacy copper-wire broadband services often struggle to cope with the demands placed on them by busy households with many devices online, and are also more likely to suffer from outages.

“Yet advances in technology and the rollout of infrastructure means that millions of customers have far faster options on their doorstep. And competition among providers offering full fibre services has also helped to deliver better value to consumers.

“Where once, switching to a faster package involved a jump in bills, nowadays you can often upgrade your package at the end of your deal without paying more. So there’s never been a better time to review your options.

“Those unhappy with their broadband performance should take an online speed test to make sure they are getting the minimum speed guaranteed by their current provider, and also look online to see what they could get by switching to another provider.”