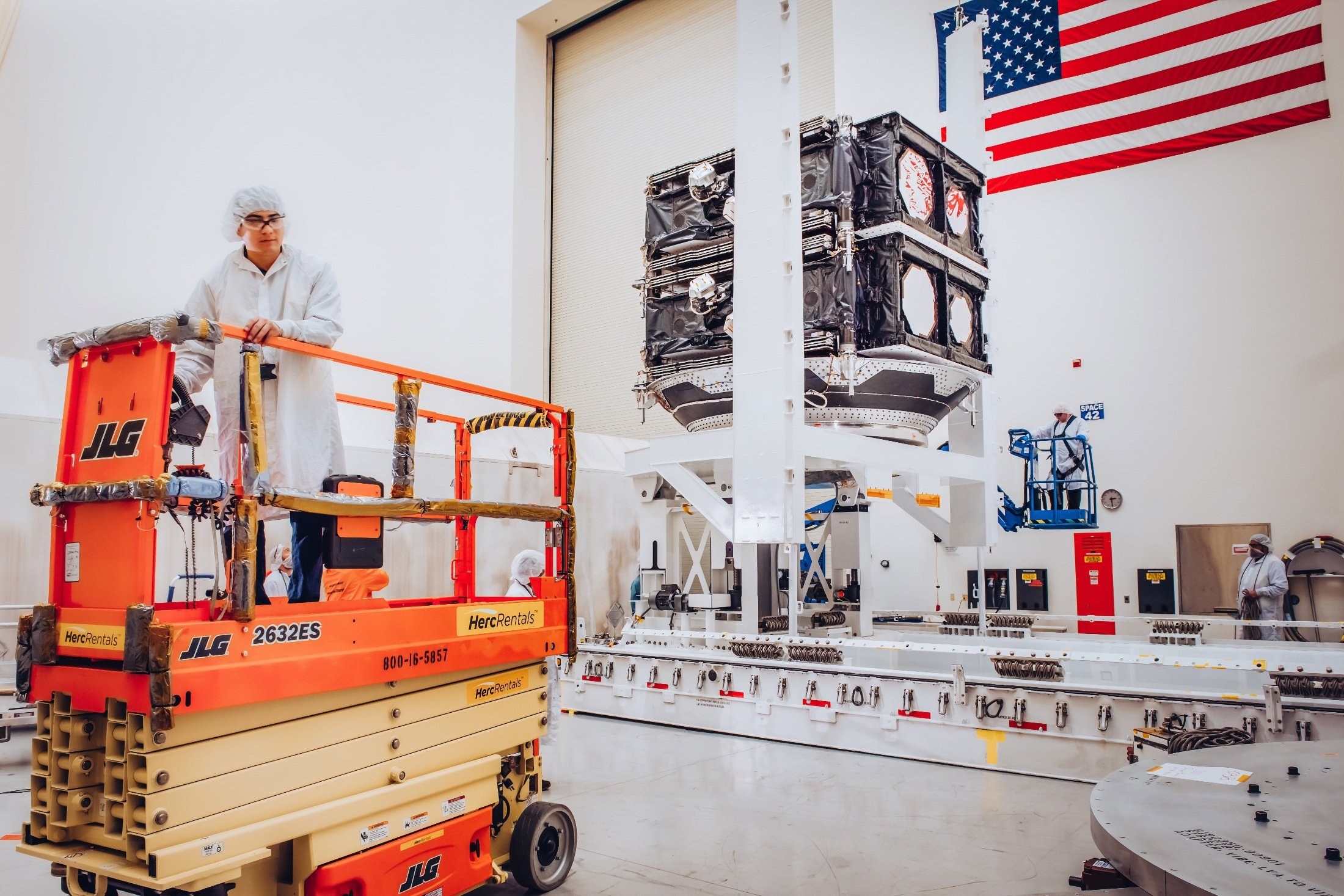 By Ryan Daws | 6th December 2022 | TechForge Media
Categories: Networks, Operators, Rural Telecoms, Satellites, Telecoms,
Ryan is a senior editor at TechForge Media with over a decade of experience covering the latest technology and interviewing leading industry figures. He can often be sighted at tech conferences with a strong coffee in one hand and a laptop in the other. If it's geeky, he’s probably into it. Find him on Twitter (@Gadget_Ry) or Mastodon (@gadgetry@techhub.social)

Boeing took a sneaky jab at Starlink while announcing the delivery of its first two O3b mPOWER satellites to Luxembourg-based telecoms provider SES.

“SES’s O3b mPOWER system is a true gamechanger and will transform the way people think about connectivity,” said Ruy Pinto, CTO at SES.

“Delivering performance above all, O3b mPOWER will offer connectivity services to government organisations and enterprises based in the most remote regions. In times of natural disasters, when networks are disrupted, O3b mPOWER’s low-latency services can quickly restore critical communications networks.”

Each O3b mPOWER satellite is equipped with over 5,000 steerable beams that can allocate power where needed. Boeing is confident this unique capability puts its satellites ahead of rivals.

“Instead of relying on fewer, larger, fixed beams or a proliferated Low Earth Orbit (LEO) constellation covering vast regions – systems that struggle to fulfil high-density demand – the software-driven O3b mPOWER system is equipped with shapeable beams that can be repositioned based on real-time data from SES customers’ terminals, delivering a superior end-user experience,” wrote Boeing in a press release.

Boeing is clearly talking mostly about Starlink with that comment. Much to the ire of astronomers, Starlink requires thousands of satellites and they’ve been rapidly proliferating. Amazon is also due to launch its ‘Project Kuiper’ in the coming years, further increasing the potential for space collisions.

Unlike Starlink and Kuiper, Boeing’s satellites are designed for Medium Earth Orbit (MEO) of around 5,000 miles (8,000km).

MEO satellites aim to strike a balance between the coverage of traditional geostationary satellites and the high speeds and low latency of LEO alternatives.

The higher orbits of MEO satellites make them more susceptible to radiation. Boeing subsidiary Spectrolab custom-designed solar arrays for the satellites to protect them from radiation.

Boeing is contracted to deliver 11 O3b mPOWER satellites to SES.

“SES approached us with a vision to create global equity, by providing people with high-speed connectivity where it wasn’t economically or physically feasible to build fibre infrastructure,” commented Jim Chilton, SVP of Space and Launch at Boeing Defense, Space & Security.

“We partnered to create a supercomputer constellation in space to meet that goal, and we can’t wait to see what SES does as the 702X platform’s first user.”