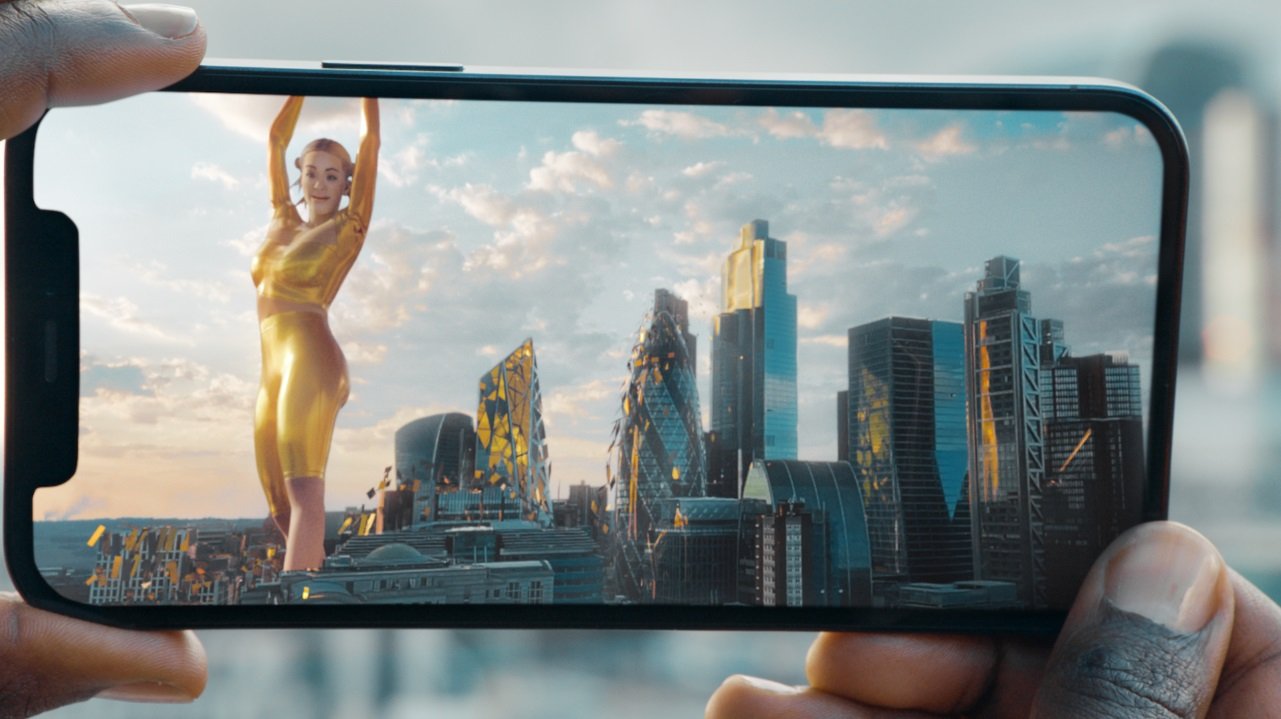 By Ryan Daws | 13th November 2020 | TechForge Media
Categories: Networks, Telecoms,
Ryan is a senior editor at TechForge Media with over a decade of experience covering the latest technology and interviewing leading industry figures. He can often be sighted at tech conferences with a strong coffee in one hand and a laptop in the other. If it's geeky, he’s probably into it. Find him on Twitter: @Gadget_Ry

BT-owned operator EE is using the iPhone 12 Pro’s AR to help make an early case for 5G as part of a new marketing campaign.

5G devices have been available for well over a year now, but it’s often said that new smartphone technologies aren’t truly adopted until that little old firm called Apple gets onboard.

With 5G iPhones now available, operators are expected to ramp up their 5G deployments and marketing significantly. More people than ever will have devices in their hands capable of accessing the latest generation network.

However, 5G remains a difficult pitch to consumers at this early point. Setting aside that 5G is still not available in many areas, there just aren’t many killer apps for it yet.

EE has launched a campaign with Hollywood legend Kevin Bacon – a regular face of EE’s campaigns – and pop singer Rita Ora. The campaign intends to show off one of the exciting early possibilities for 5G… real-time AR.

So far, AR has only had any mainstream success with Pokemon Go or seeing how that MALM looks in your room using the IKEA app. However, the iPhone 12 Pro’s LiDAR technology unlocks new possibilities for both capture and consumption.

EE put Rita Ora in a motion capture suit and used an iPhone 12 Pro to track her facial movements. In real-time, using 5G, Kevin Bacon is able to watch a giant AR version of Rita Ora perform against London’s iconic skyline on his own iPhone.

You can view the ad below:

Can’t say I’m personally a big fan of Rita Ora’s work, but it’s an exciting look at what 5G is capable of today.

As we await more killer applications – like video streaming was for 4G – such campaigns may be enough to start luring people into opting for a 5G plan when they’re due for an upgrade.