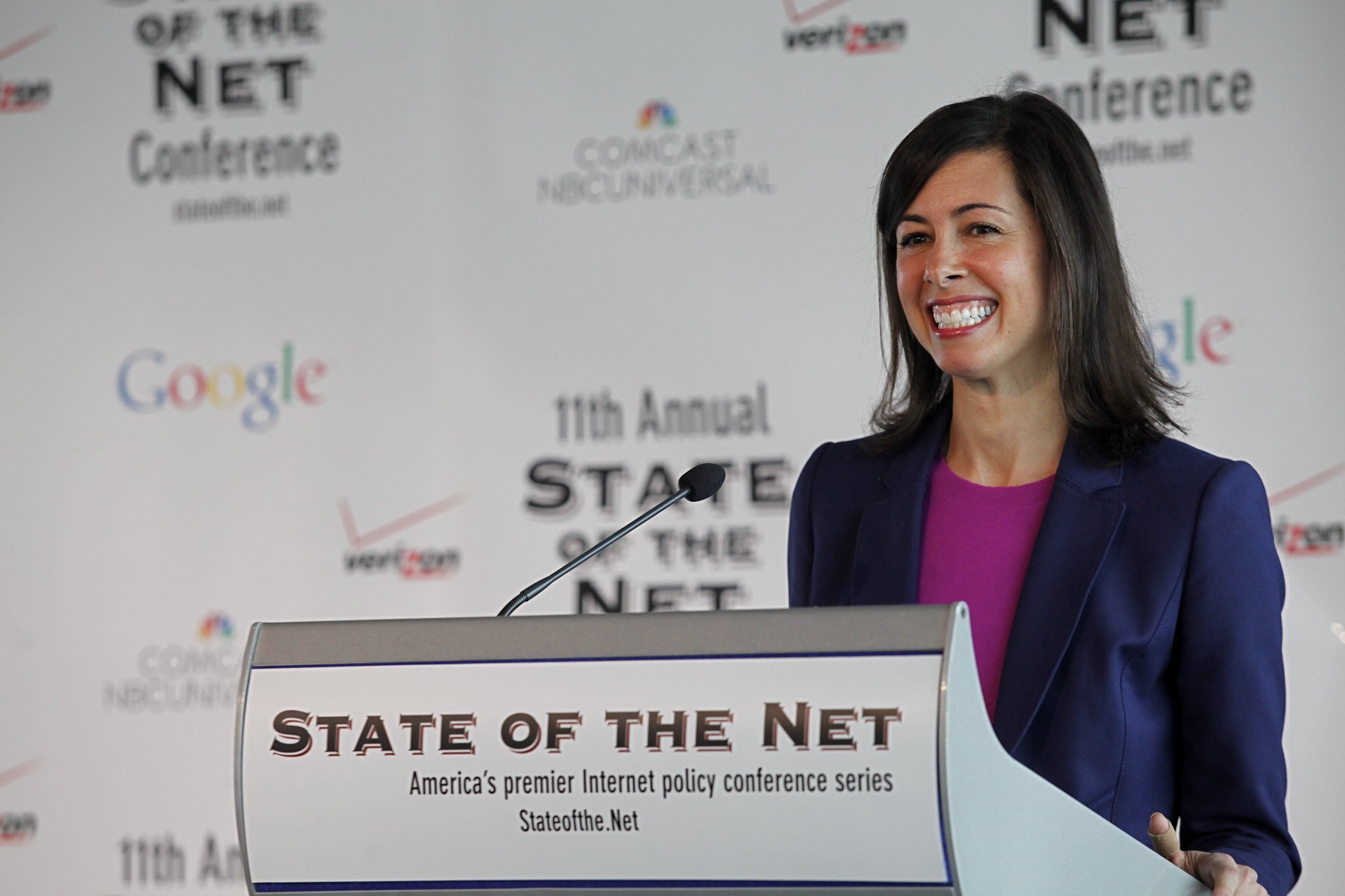 By Ryan Daws | 29th January 2020 | TechForge Media
Categories: Legislation & Government, Networks,
Ryan is a senior editor at TechForge Media with over a decade of experience covering the latest technology and interviewing leading industry figures. He can often be sighted at tech conferences with a strong coffee in one hand and a laptop in the other. If it's geeky, he’s probably into it. Find him on Twitter: @Gadget_Ry

Democrat FCC Commissioner Jessica Rosenworcel wants to impeach the president’s power to shut down US communications.

Many US citizens will be unaware the president has the power to shut down their communications. Governments around the world have a history of abusing such powers.

In November last year, the Iranian government cut off its citizens’ internet access as it brutally cracked down on protestors. A letter sent by the Iranian government to ISPs later that month asked what foreign websites they rely on – experts believe the letter suggests only access to whitelisted sites will be permitted.

Cameroon has also regularly shut down internet access, for more than 240 days on one occasion. India only recently restored internet access to the disputed territory of Kashmir after cutting it off six months.

While such dictatorship-like actions are unlikely in the US, it’s a concern nonetheless.

Rosenworcel called on the US to speak up against nations cutting off citizens’ internet access during a keynote at the State of the Net conference on Tuesday in Washington. She then turned to how we can ensure it cannot happen in the US.

“We need to update our laws too,” Rosenworcel told the audience. “47 USC Section 606 gives the president the power to shut down communications without clear judicial or legislative review.”

For those who want some bedtime reading, here is the law in question. The main extract is that the president has the power to “suspend or amend, for such time as he may see fit, the rules and regulations applicable to any or all stations or devices capable of emitting electromagnetic radiations.”

Harold Feld, Senior Vice President of Public Knowledge, wrote on Twitter: “Rosenworcel brings up the ability of President to suspend communications under 47 USC 606. I normally think this sort of talk is alarmist, but Rosenworcel is one of the most rational policy wonks I know. If she is worried, I pay attention.”

Notably, of course, these are “war powers” and cannot legally be used outside such a scenario. Regardless, it would bring comfort to many if the law was removed altogether.