Virgin Media customers attempting to visit Imgur are being met with this message:

“Access has been denied by your internet access provider because this page may contain indecent images of children as identified by the Internet Watch Foundation.”

Imgur is known for hosting memes and GIFs, but it seems the Internet Watch Foundation has found it's being used to host illegal content. 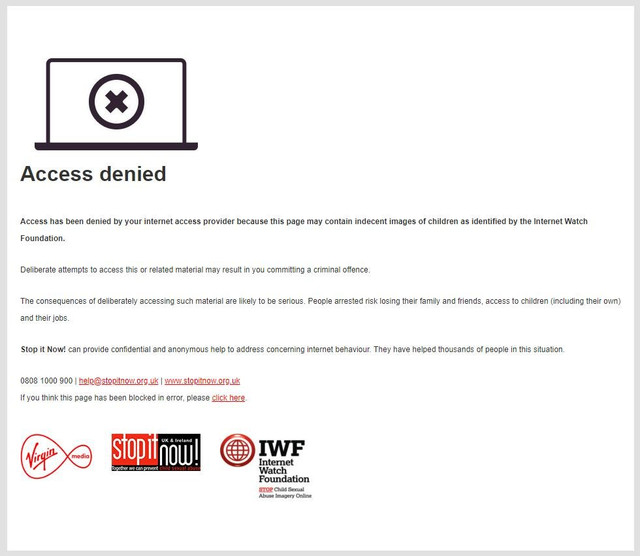 The image-sharing website is unlikely to be hosting illegal content knowingly, but it will reignite the debate over whether services like Imgur need to be doing more to counter abuse.

Each service has millions, if not billions, of users. Manual content moderation of everything that each user uploads is simply not feasible. Most services are increasingly using AI to help flag potentially problematic content for manual moderation.

Last week, media-sharing giant Instagram announced the launch of an AI-powered ‘intervention’ solution for cyberbullying. Instagram will now ask “are you sure you want to post this?” if the AI flags either media or a comment as potentially abusive, to really make the user think about what they’re doing.

Instagram-owner Facebook has arguably faced the brunt of criticisms as the world’s most popular social platform. Issues have included live streams of suicides and terrorist attacks, political manipulation, and the rise of convincing ‘deepfake’ videos.

14:13 Update: Virgin Media is probing why Imgur was incorrectly blocked. "We're still investigating what happened but it appears to have been a technical issue with our Web Blocker system used to carry out requests from the Internet Watch Foundation (IWF)," said a Virgin Media spokesman.

"Virgin Media will only block URLs if compelled to do so through a court order or through the IWF."

The IWF stresses it was not responsible for the glitch.