Opinion: Whisper it quietly, Trump is right to be talking about 6G

President Trump has been mocked for talking about 6G when 5G is just starting to roll out, but he’s right to be thinking about what’s next.

6G doesn’t exist in the slightest yet – you know that, and I know that. Who knows whether Trump is aware or not, but leaders are quite right to be giving it some consideration.

This is what he said during one of his infamous tweet tirades: 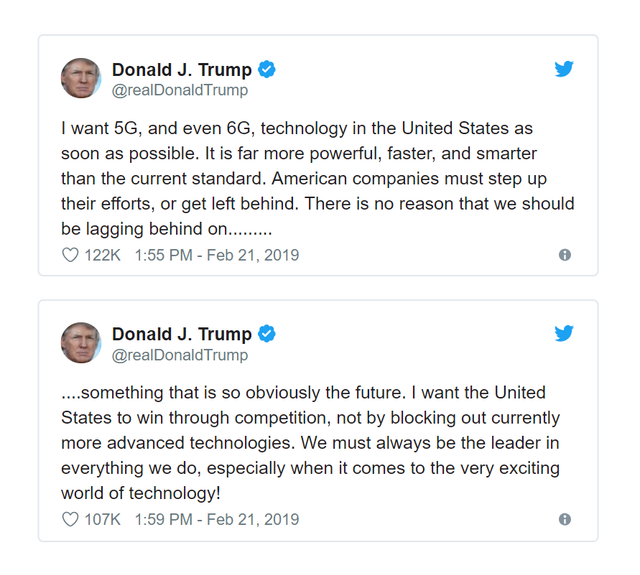 He’s certainly not alone in thinking about 6G. We’ll be attending Mobile World Congress (MWC) next week, and Telecoms received an invite just this morning to visit the “world's first 6G research and innovation center” which calls itself '6G Flagship' (for those attending – it’s at Hall 5, Booth 5C41)

Several experts predict China will beat the US in the 5G rollout and it’s simply because Beijing was more prepared. While the bulk of attention needs to be on 5G, it always makes sense to be thinking about the next generation.

Successful companies like Apple achieve their position through ongoing iteration. When a new iPhone comes out, you know the next is at least being researched if there are not already prototypes in a lab somewhere.

There’s a fair amount to mock about Trump, and it’s fair game when he does this about others:

… But looking ahead to 6G, there’s logic to considering what’s next. How’s that 9G coming along though guys? Guys?