How forward-thinking utilities are adopting the Internet of Things

Most utility companies have a plan to utilize technologies that are key ingredients of the Internet of Things (IoT). As an example, the Smart Grid Sensor market will expand rapidly in the coming decade, with revenues growing nearly ten-fold, according to the latest worldwide market study by IHS.

The smart grid sensor market is expected to reach the $100 million mark in 2017. To date, the market for smart grid sensors is centered mainly in North America, where there is a mixture of a few large installations and many smaller pilot projects.

There's a pressing need to monitor the electric grid in real-time, and utilities are expected to gain greater value by installing smart grid sensors, which can potentially improve utility operations and performance. 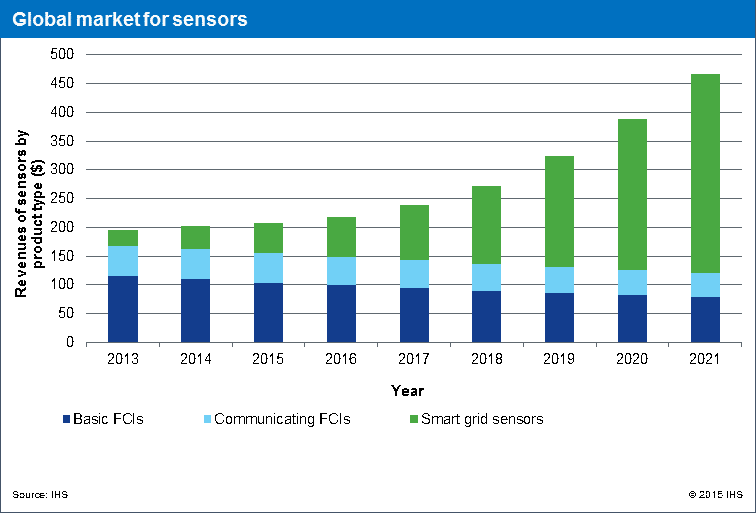 "The United States has been on the forefront of smart grid sensor market development," said Fizza Arshad, analyst at IHS. "Many factors have converged to make this happen, but one of the stronger influences was the American Recovery and Reinvestment Act (ARRA) of 2009."

While the current growth is centered in the United States, Europe and Latin America are also forecast to become high-growth markets. In Latin America, utilities are spending time and resources to install pilot programs to aid fault location and theft prevention.

In Europe there is a particularly strong need for renewable energy management. In fact, the influx of energy from solar and wind is creating a large demand for improved electric grid monitoring.

Greater adoption of smart grid sensors across Europe is therefore anticipated, as utilities will need more granular measurements on the electricity grid, in order to efficiently integrate renewables.