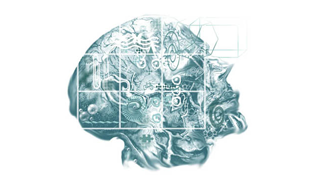 When we first seen Siri hit mobile devices, before developer ‘SRI International’ was even acquired by Apple, it was an impressive technology which gave a glimpse into what we can expect from the future of Artificial Intelligence.

Whilst improvements have been made, and the selection of similar competitors are in abundance from the likes of; Evi, Robin, Vlingo, Dragon, and Maluuba – for most of us, they’re redundant and more frustration than satisfaction.

The real reason for this frustration is these “AIs” are more “speech interpreters”. They will detect speech and based upon the format will scour the appropriate source for relevant answers.

General knowledge answers will likely be pulled from Wikipedia, maths questions will almost certainly be answered by Wolfram Alpha, questions about places will undoubtedly be settled by Yelp… and as for bookings at said places? That will be handled by OpenTable.

By making use of the extensive information available from these sources; virtual assistants can, and will continue to provide concise and complete answers. It’s a case of when it works, it works well. When it goes wrong… it goes disastrously wrong. I’m sure there are others out there who have embarrassingly called the wrong person trying to use an assistant whilst in the car?

So what is the next step? That would be contextual AIs.

These newer Artificial Intelligence systems can engage in natural conversation where if something isn’t quite understood, or requires more information, it can ask the user back for clarification… rather than grabbing the wrong (frustrating) answer.

Microsoft has been the only software giant to be eerily quiet about providing any form of AI; until strong hints had started being dropped over the course of the past year about a true AI based on ‘Cortana’ – the AI character and assistant to Master Chief in the Halo video game series.

It appears to have put Google in a bit of a rush to bolster the technology behind their AI system; with an unusual “more than $500m” acquisition of British AI specialists ‘DeepMind’ – beating off a bid war with Facebook. Whilst potentially unrelated, it’s certainly convenient timing…

A supposed leak of an (unconfirmed) Cortana prototype with some impressive speech dialogue appeared yesterday online. The dialogue between user and AI went as follows;

User: “Give me directions to the nearest train station”

AI: “Do you plan to catch the next train?”

The interface then shows the route to the train station along with saying, “the next train to the city arrives in 12 minutes. You can start the navigation now, or I can remind you when to leave.”

Through offering more natural language and asking further questions; the AI was able to provide a more satisfactory answer than rivals. If you’d asked Siri, you would simply get your route to leave now. It wouldn’t be able to take into account when the train arrives, and the optimum time for you to leave as to be more productive with your day.

Intelligence in video games is a long-shot better than it was less than a decade ago – where some characters appeared to find it difficult to walk in a straight line. In today’s games, enemies can strategise as if they truly have minds of their own.

It was recently revealed that AI gaming startup, Storybricks, will be using their contextual AI to improve players experience in Sony Online’s upcoming EverQuest sequel – ‘EverQuest Next’.

AIs have been in use within various applications for many years. Militaries, particularly, have used them for both detection and engagement purposes. It’s only been in the past few years they’ve started to reach everyday consumers to the point where nearly everyone who owns a smartphone will now have some form of intelligence baked-in to their handsets.

2014 looks set to be the year of contextual AIs.

Do you think we’ll see major upgrades in Artificial Intelligence this year?

The artificial intelligence (AI) market is set to reach $3,061 billion by 2024 according to recent research. The AI Expo world series looks at the future impact of these technologies, including business intelligence, machine learning, and chatbots. Find out more here.