According to the latest market study by 4G Americas, the number of LTE connections worldwide passed 100 million in May -- with the U.S. and Canada capturing 57 million subscriptions of that global total.

There are 172 operators in 70 countries with LTE mobile networks and more than 250 commercial LTE networks are expected by the end of 2013.

"We are pleased to report that 20 Latin American operators have commercially deployed LTE networks and the number of connections in the region is quickly increasing," said Chris Pearson, President of 4G Americas. 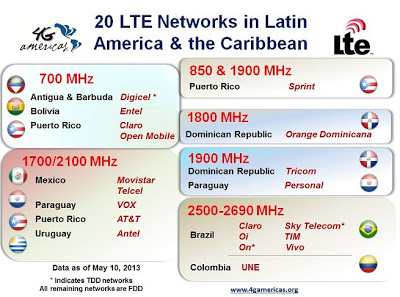 The following are highlights from the latest worldwide market assessment. For more information and to view a variety of statistical charts on the 3GPP family of technologies, visit www.4gamericas.org