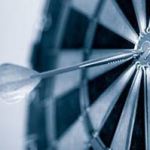 
The results reinforce that Digital Audio is a very powerful medium for advertisers and brands to connect with their target audiences and achieve their marketing objectives. They illustrate Internet Radio’s effectiveness in driving advertising recall and response, brand awareness and purchase intent across a wide range of verticals.

“These case studies reinforce what TargetSpot’s research has shown – Internet Radio advertising is impactful and yields incredible recall and response rates, making it a must buy for advertisers.”

These insights proved tangible when applied to campaigns which TargetSpot has executed over the past year:

A major auto manufacturer tasked TargetSpot with creating a national campaign that would drive dealer visits and prompt online research among its core audience of 18-54 year olds. The campaign consisted of in-stream audio with a companion banner, as well as pre-roll audio.

The campaign led to lifts in those likely/very likely to consider the brand, with a 66% increase among listeners in the market for a new vehicle and a 31% increase among 18-54 year olds.

A national retail chain worked with TargetSpot to increase store visits and inspire their target demographic to visit the store for “quick trips.” The target demographic for the campaign was 25-54 year olds. The campaign consisted of in-stream audio with a companion banner and was geo-targeted to 30 states.

A regional bank partnered with TargetSpot to drive awareness, and reinforce the bank’s creative messaging. The campaign was geared toward two target groups: 35-54 year olds as well as adults ages 55 and over. It was geo-targeted to four tiers of markets in the Midwest and Southern US.

Despite the fact that the bank already had a pre-campaign awareness of 67%, the campaign increased awareness by 24% — with 83% of users aware of the brand after exposure. Additionally, the campaign delivered more than 100% lift in message association among the core target groups. Consideration of the bank was boosted as well. Most notably, there was an 86% increase in the 35-54 year old group who were “very likely” to consider the bank after exposure to the Digital Audio advertising. Those already aware of the bank who were “very likely” to consider the bank increased by 44% after the campaign.

A national insurance provider turned to TargetSpot to drive purchase intent for the brand while measuring the impact of the streaming audience. The target demographic was 18-49 year olds with key income specifications, who were in the market for insurance. The campaign was geo-targeted to 30 states and consisted of in-stream audio with a companion banner.

The campaign showed significant overall lift in ad recall (135% lift), which was further increased by 8% after adding targeted social media-based creative. The brand saw a 150% lift in ad recall among the key target audience of 18-49. Among users who stream music daily on a mobile device, there was a 120% ad recall lift and an 80% lift in being “very likely” to purchase.

“Digital Audio continues to achieve huge growth and momentum and presents a great opportunity for advertisers to speak to their target audiences and deliver results,” said Mitch Kline, co-CEO of TargetSpot. “These case studies reinforce what TargetSpot’s research has shown – Internet Radio advertising is impactful and yields incredible recall and response rates, making it a must buy for advertisers.”