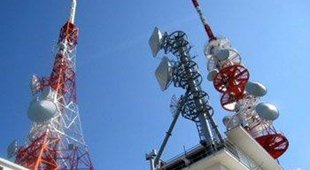 A disappointing first day’s bidding in India’s 2G spectrum auctions has seen two of the country’s most valuable regions attract no bids, following a number of complaints from operators that the prices set by the Indian government were just too high.

The government received bids worth Rs9.2bn ($1.7bn) on day one of the auction on Monday, less than a quarter of the amount it hoped to raise; an embarrassing result that comes at a bad time for India’s telecoms industry, and for the government, which in struggling to overcome a large deficit, and budgeted Rs40bn from the sale of the spectrum licenses.

Bidding will resume on Wednesday. Only five operators Bharti Airtel, Vodafone, Idea Cellular, Telenor and Videocon are currently in the running for the auction. The Indian government had lanned to hold two separate processes forspectrum used by GSM and CDMA operators.

However, the withdrawal of Tata Teleservices and Videocon from the CDMA auction last week left the process with no bidders. Other notable absentees are Loop Mobile, MTS India, Reliance Communications, Reliance Industries, BSNL, MTNL and Aircel.

The auction follows a decision by the Supreme Court in February, revoking 122 previously issued telecom licenses on the grounds that the initial 2009 process was ‘totally arbitrary and unconstitutional’. The case, part of a high-profile corruption investigation, affected a number of companies, including Telenor, Sistema and Etisalat.

Incumbents of the revoked licenses are still able to provide services until early next year, though to continue past January they will have to win bandwidth through the auction process.

Sistema has already ruled itself out of the process, stating that the level of spectrum prices, up to four times that of the 2008 process, made the business case of further participation ‘unviable’.

The case damaged confidence in India’s once highly regarded telecoms industry, which after a number of years of steady growth, has stumbled onto uncertain ground, as a result of declining revenues and stifling, unpredictable regulation. Overall subscriber numbers declined for the past three months and three leading operators have posted drops in revenue.

Against this backdrop, some industry commentators have suggested that this auction is badly timed, pointing the finger of blame at the Indian Supreme Court for rushing the process through.

The poor turnout will be seen by many as vindication of the complaints over the high reserve prices attached to the auction. It is not yet clear what will be done with the areas that remain unsold following the last round of bidding on Wednesday; though a protracted round of legal challenges looks increasingly likely.