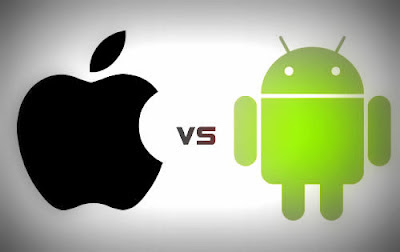 Smartphone subscribers around the world will download about 36 billion mobile phone apps in 2012, according to the latest market study by ABI Research. This activity equates to almost 37 native apps for the average smartphone subscriber through the year.

The forecast reflects a nearly 6 percent global increase to the 35 apps downloaded per smartphone subscriber on average during 2011.

Despite the apparent market growth since 2011, Aapo Markkanen, senior analyst at ABI Research, believes the average download count will not increase substantially over the coming years. Rather, it is more likely to start decreasing.

Markkanen explains, "When forecasting on app downloads one has to make a number of assumptions on -- for instance, the device mix, developer activity, and the demographics of existing and future smartphone users."

The next waves of smartphone subscribers in the more mature app markets of the United States, Western Europe, and parts of Asia will be downloading quite notably fewer apps than, say, the first one-third of the mobile consumers who bought smartphones.

Another major factor contributing to the downward trend in average app downloads is the evolution of the mobile web. The decision by the Financial Times to abandon its Apple iOS app -- and bet instead on open standard HTML5 -- can be seen as a hint of what is to come next.

In many app categories, like games and most utilities, the web will probably never catch up with the native app opportunity in terms of user experience. But at the same time there are also some popular areas where it can be anticipated to come rather close.

According to ABI's assessment, news and magazine apps are a segment where the momentum is likely to shift towards the web within the next two to three years.

Since news and media content already account for a large share of smartphone usage and are likely to play an even bigger role in later adopters’ usage, changes in this segment alone will make subscribers on average download fewer native apps.

These findings are all from ABI's market study focus on the distribution and the economics of mobile apps -- providing data-driven insights on areas such as download volumes, revenues, and business models, as well as trends within different applications categories.