Iran blames Israel for attacks on its cyber infrastructure

Iran claims it has foiled several cyber attacks staged by Israel which included a new version of the infamous Stuxnet malware.

Stuxnet is thought to have been developed in a joint effort between Israeli and US intelligence agencies.

“Recently, we discovered a new generation of Stuxnet which consisted of several parts … and was trying to enter our systems,” the ISNA news agency reported Gholamreza Jalali, head of Iran’s civil defense agency, as saying last week.

Analysts from Wells Fargo have increased the odds that a proposed merger between T-Mobile and Sprint will go ahead.

The analysts have expressed increased confidence in a letter to investors:

Contacts indicate that the (Federal Communications Commission) review continues to proceed as expected. While the (U.S. Department of Justice) is admittedly a walled garden,...

Belgacom was first hacked back in the summer of 2012. The company’s security researchers noticed anomalies but it wasn’t until the following year they had an idea of the problem.

A malware which disguised itself as Microsoft software had infected Belgacom’s system and was stealing data. NSA documents released by Edward Snowden indicated...

T-Mobile’s partnership with Twilio bears fruit in the form of a software development kit for the operator’s NB-IoT network.

NB-IoT (Narrowband Internet of Things) is a wide area, low power network. Use of the network enables IoT devices to be operational for much longer, reducing the ongoing costs of maintenance.

In a press release, T-Mobile wrote:

“With NB-IoT, devices can consume a fraction of the battery power they do with...

T-Mobile chats 5G and proposed Sprint merger with the FCC

T-Mobile had a dinner date with FCC officials to discuss its upcoming 5G network and proposed Sprint merger.

5G brings a huge potential to boost the economy and bring greater connectivity to citizens. As such, regulators and lawmakers are meeting with operators to decide how to capitalise on these benefits.

In a heavily redacted T-Mobile presentation, the operator provided key expectations about its 5G network.

In findings by the National Cyber Security Centre, a number of international attacks have been linked to Russian intelligence agency GRU.

The attacks, it claims, have affected citizens in a large number of countries – including Russia – and cost national economies millions of pounds.

US cities issue lawsuit threats against the FCC over 5G rules

A collection of US cities accuse the FCC of 5G infrastructure policy ‘overreach’ and have issued lawsuit threats in response.

Rules passed on September 26th restrict cities from charging firms more than $270 per year for each piece of equipment attached to city property. In Portland, for example, that’s $2,730 less than what...

T-Mobile calls itself the ‘Uncarrier’ for a series of initiatives removing things which consumers dislike about typical carriers. Legere’s outspoken style about his competition matches the brand he represents.

In a series of tweets, Legere slams Verizon’s 5G network:

The state of California is being sued following its decision to side with the majority of internet users and protect net neutrality.

Consumers are strongly in favour of net neutrality. In research conducted by Maryland University, 83 percent opposed repealing the rules – including 75 percent of Republicans, 89 percent of Democrats, and 86 percent of independents.

The state of California acted to...

US operators will meet White House officials to discuss 5G

Representatives from the four major operators in the US are set to meet White House officials to discuss 5G and its potential.

T-Mobile, AT&T, and Sprint have all confirmed their attendance. Verizon is understood to be attending but declined to comment.

None of the operators revealed who they will send to represent their companies, but high-level executives are expected.

The full agenda is unknown but Trump’s administration will be seeking to gain a better understanding of 5G’s benefits... 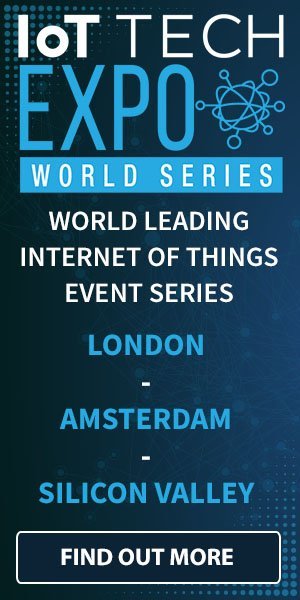